Home Holiday Ideas Things To Do In Innsbruck Austria 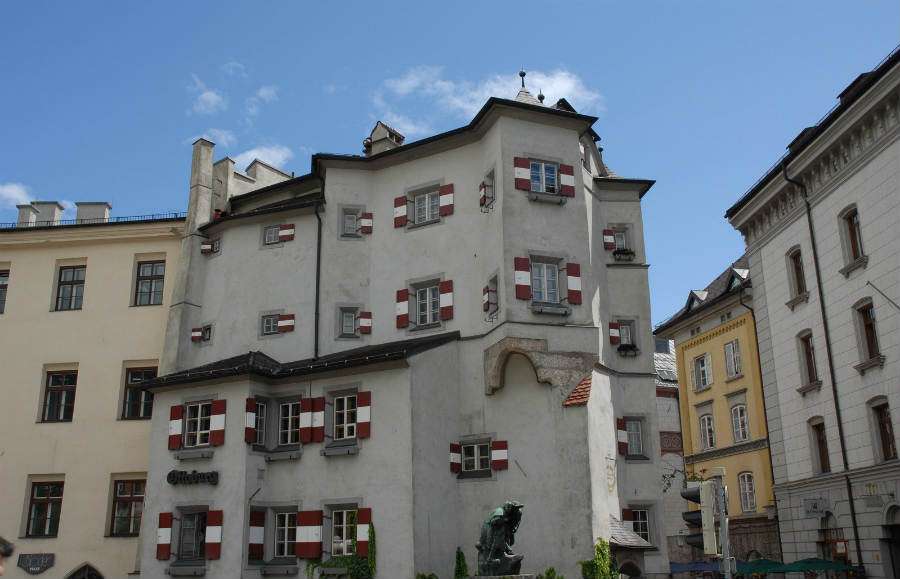 Innsbruck Things To Do

The popular European ski destination with miles of mountain ranges is the fifth largest city in Austria and located in the Inn Valley. It is known for its great food, amazing views, and culture. Most of the popular Innsbruck attractions are clustered close to the old Town, which takes you back in time with the narrow-cobbled streets.

Here a list of my Innsbruck Things To Do

The Hofkirche and the Emperor’s Tomb – Innsbruck Austria

The Court Church in Innsbruck, Austria, was built from 1553 to 1563 for the purpose to house the tomb of Emperor Maximilian I who died back in 1519. The Innsbruck Gothic church is regarded as one of Europe’s best Royal court churches.

Inside the Court Church there are 28 life-sized Renaissance bronze statues of important historical figures that guard the marble tomb of Emperor Maximilian. The tomb is situated in the centre of the church. However, the tomb remains empty as the Roman Emperors rains are in the Castle of Wiener Neustadt which is near Vienna.

If you are visiting Innsbruck, then the Court Church is well worth a visit.

Innsbruck Austria is full of culture, and one of the best places to visit in Innsbruck for culture is Ambras Castle.

Ambras Castle was built in the 16th century by Ferdinand II and located in the hills above Innsbruck. The castle is 587 metres above sea level and is regarded as one of the most popular culture tourist attractions in the region.

Like many castles in the world, this one was built for a reason, but not a reason you may have expected. Ambras Castle was built so Ferdinand II could stay with his commoner wife a she was not allowed to live in the palace.

As well as being a tourist attraction for people who visit Innsbruck, the castle is still being used today for formal events.

If you are looking for the perfect Innsbruck summer thrill, and you have a head for heights then I have the perfect thing for you to do in Innsbruck that kids will love. The Innsbrucker Nordkettenbahnen cable car ride has become a huge favourite with kids.

The Innsbrucker Nordkettenbahnen cable car ride will give you a chance to experience amazing views of Innsbruck and the stunning mountain scenery while travelling up to Nordkette, which is part of Austria’s stunning and largest natural park.

During the 20-minute journey, there are several stops which gives people the chance to either get off at one of the stops or continue to the top. Each stop has something different to do, so its best to decide if you want to get off one of the stops or go straight to the top before jumping on the Innsbrucker Nordkettenbahnen cable car.

Kids will really love this, and adults who are not scared of heights will love the 20-minute journey.

If the Innsbrucker Nordkettenbahnen cable car ride is not thrilling enough for you then how about travelling a few kilometres and head to Europa Bridge for a Bungee Jump. That’s right, you can have the experience of your life while visiting Innsbruck and do a bungee jump like no other.

The Europa Bridge bungee jump takes places every weekend from 11 am to 3 pm and is located Brennerautobahn, 6143 Schönberg im Stubaital, Austria.

How To Apply for love island

Love Island has become a big hit for ITV with millions of men and women wanting to know how to apply for love island...

Best Vegan Shampoos and Conditioners That Are Cruelty Free

Indian Visa Application How To Apply For One

What Is The Eagle Sex Position?

Things To Do In Benidorm

Benidorm Is Dangerous Says Woman Who Was Attacked

The Best Nightclubs in Benidorm

Passengers Upset After Cruise ship MARELLA DISCOVERY 2 Towed Back To...

Things To Do In Benidorm

If you are going to visit Benidorm, Spain for your holiday then you are in for a treat. The popular holiday resort is one...
Read more
Benidorm

All-Year Round Weather Forecast In Benidorm If you are looking for Benidorm weather forecast for the next 14-days, then you have come to the right...
Read more
Travel News

Benidorm Is Dangerous Says Woman Who Was Attacked

Benidorm on the Costa Blanca in Spain is known as a popular fun place to take a holiday with all the great weather and...
Read more

Getting The Best Deal On Travel Money

If you ask a frequent traveller for their top travel tips, chances are they'll mention currency exchange. If you're new to going abroad, then...
Read more
Lifestyle

Cyprus Airways is in serious financial trouble and could go to the wall unless they receive urgent financial help. The Cypriot government are trying...
Read more

Like the staffy, Yorkshire Terriers are a small breed of dog, popular as pets in the UK partly due to their compact size and...
Read more
Pet Health

If your dog loves to jump in puddles and play in dirt, it can be quite a challenge to keep them clean, tidy and...
Read more
Pet Health

Understanding The Need Of Dogs When They Become Old

Much like we will all grow older, so will our pets. The enjoyment that one receives and the inner fulfillment from raising a puppy...
Read more

Things To See In New York For Kids   New York City is one of the top travel destinations in the world. It's hard to believe,...
Read more
Holiday Ideas

The Must-See Attractions In And Around Melbourne

Looking to visit places in Melbourne then let us help you. Each year millions of people visit Australia for their holidays but some of...
Read more
Holiday Ideas

Dubai is acknowledged for its state of the art living luxuries throughout the world. Dubai is home to various skyscrapers and it seems to...
Read more