Lincolnshire News & Lifestyle We Are The Voice Of Lincolnshire
Skegness News 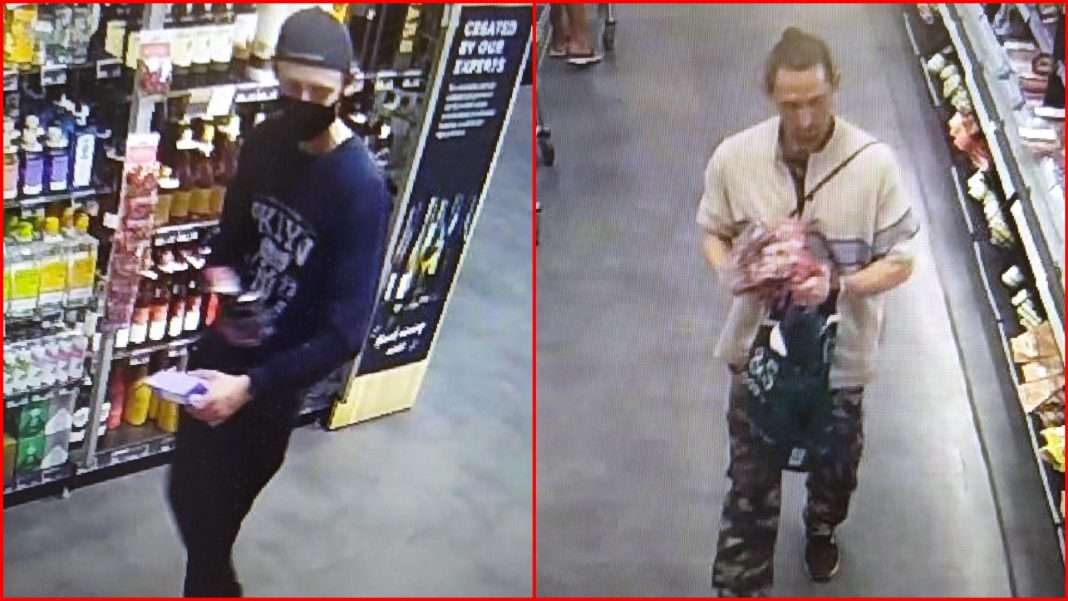 One In Five Boston Lincolnshire Women Pensioners Live In Poverty

Two men who allegedly stole from Skegness Marks & Spencer are being hunted by police. Going to press, Lincolnshire police informed In2town Skegness News that they have identified the man on the right in the picture.

The two men allegedly stole steaks worth £300 and also helped themselves to drinks including a bottle of gin. The incident happened at 2pm on Tuesday, August 3rd at Skegness Marks & Spencer on Burgh Road.

One of the men was approached by a member of the Marks & Spencer team before he made off. A few minutes later the second man entered the Skegness store and took steaks which were valued at £300 and attempted to leave the store without paying.

Lincolnshire Police issued photographs of two men and have told In2town they are searching for the man on the left of the photograph.

The second man is believed to have been sporting a tied-up ponytail and a goatee style beard. He was wearing a cream jumper, green camo-style trousers and had a yellow JD draw string bag.

Skegness police have said anyone with any information should contact

Anyone who knows the identity of either man, or who has information that can assist them on 101, or by emailing PC Paul Harvey at [email protected], quoting occurrence number 21000434902.

Alternatively, it can be reported through the independent charity Crimestoppers anonymously on 0800 555 111

Protestors Say No To Nuclear Waste Site Near Mablethorpe