Tears, hugs and love – how Manchester remembered the Arena attack five years on

5th anniversary of the Manchester Arena bombing : How Bradford was affected 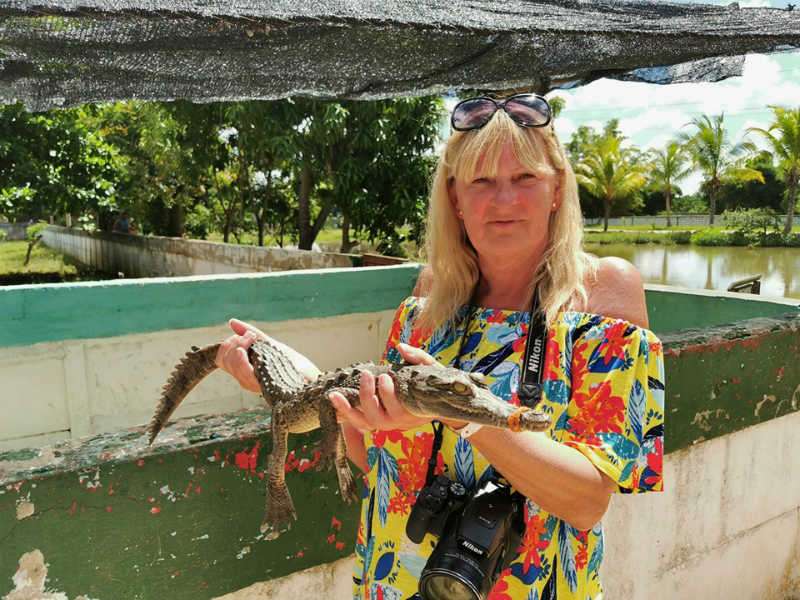 We have been following the situation between East Lindsey District Council and the caravan owners on Skegness Kingfisher Caravan Park. As we have previously reported emotions are running high with the owners on the caravan park since new rules were brought in.

East Lindsey District Council who owns Kingfisher Caravan Park announced in 2019 that they would be bringing in new rules where caravans over 15 years of age would have to leave the site at the end of 2021.

Even though the council have backtracked and said they will bring in an extention of ten-one-year extensions, the owners on the Kingfisher Caravan Park in Ingoldmells are not happy.

The Lincolnshire council has been given a deadline by the caravan owners to resolve the dispute or face court action.

We decided to speak to Carole Keeble who is the founder of Holiday Park Action Group and who is fighting for change in the caravan industry.

What is your opinion about the new rule that East Lindsey District Council brought in, in 1999 about a caravan over 20-years-old having to leave the site?

I believe that was possibly something brought in way back by the Trade Associations. Most of the Holiday Parks are in Coastal areas and therefore erosion was flagged up as a ‘possibility on chassis’’. My opinion is, it is a just an ‘end of life’ stamp which is saying to the Caravan/Lodge Owners upgrade or move off, we want somebody else here now with more money to buy newer and more expensive units. This is nothing to do with the age of a Caravan/Lodge.

The whole saga has shocked businesses, residents, caravan owners, and holidaymakers, is this normal behaviour from caravan park owners?

Yes, this is echoed across many Parks across the length and breadth of this Country and had very much gone under the radar until my page began to shine the spotlights into what lurks in the shadows of this Industry.

It has been alleged that after the council brought the rule in, pre-owned caravans were still being sold without the potential buyers being told about the new rule, how does that make you feel?

As somebody who has been dealing with the many wrong-doings in this Industry for a number of years now, I would certainly not be surprised if this was happening. Sales people are there to sell….at any costs. The Consumers are certainly NOT given all the information they should be furnished with to make realistic decisions at the time, and even if they were, that information can then change overnight.

Is there a complaint procedure or legal action that someone who was not told about the new rule and sold an old caravan can take?

Right now, no there isn’t, unless the Consumer can prove they weren’t told about the new rule. Currently, it’s a ‘he said, she said’ scenario. A multi-million-pound Industry with ‘playground tactics’ for challenging. If there are a number of people who are all prepared to state they were not given all that information, then Court is the way to go, albeit expensive, as the Kingfisher Caravan owners are now showing.

You have spoken to many of the caravan owners on Kingfisher Caravan Park, how is the overall moral about how they are being treated by East Lindsey District Council?

They are very angry, and rightly so. In 2017 the Council tried to impose age restrictions, and the Owners of caravans objected at every turn with Protests, Petitions and such like., The Council backed down and stated in a letter to all of the Owners that “all proposed changes have been consigned to history”. Then suddenly this appears, again, out of nowhere.

They have been offered ten-one-year extensions, can you explain what that means?

Simply put this means that they are given ‘yearly contracts’ for the next 10 years, that could be subject to change.

Why are the caravan owners not happy with the ten-one-year extensions?

Because there are no guarantees that they will be able to stay for those 1 – 10 years. The Council could quite easily back-track on anything they are saying in that time, as they have already done from the outcome of the 2017 attempt.

I think maybe the Council should look long and hard at what they have done here and how high the feelings are running.  They have ruined people’s lives. Caused untold misery. Lost thousands of pounds in revenue, as many of the loyal Caravan Owners have left the site because of how they have been treated, and prospective owners won’t now go to the site for fear of being treated the same further down the line. There are around 720 plots on that particular Caravan Park and over 300 are now empty, what signal does that give out to the industry. This industry cannot keep casting people aside as if they and their property have no worth!

I think a lot of damage has been done that may not be easy to backtrack on or amend.

I applaud the Kingfisher Caravan owners, as do the 21,000+ Unhappy Owners on the Holiday Park Action page. They have banded together and have stood up against something that is happening on so many Parks across the country right now. Unfortunately, not everybody has the strength or the will, to fight against an unfair Industry with no other recourse for fairness.

You are an expert in caravan ownership and as the founder of Holiday Park Action Group you are fighting for change in the caravan park industry. So, let me put this to you. Do you believe caravan parks should have an age limit on them, and if so, what age limit would you have?

I see so much of what goes on across the Country, within this Industry. It seems that far too many Caravan Parks are now seen and used purely, by many of those owning them, as money generating machines. Removing perfectly good Caravans, that have been well kept and loved, has made many Parks faceless and characterless. The ‘Great British Holiday Park’, has certainly lost all of its ‘Greatness’ as it now concentrates on generating an estimated 94 billion per year in the UK, by introducing age limits and upgrades to a commodity, that is built to last and of the highest spec.

Do you believe this type of behaviour from East Lindsey District Council would be allowed to happen if there were Government guidelines in place and if the industry was properly governed?

This is a ‘lawless, unregulated’ Industry that could, and should, be held to account with the ‘Consumer Laws’ that are already currently in place. Those same Consumer Laws that everybody seems to sing the praises of, but yet nobody actually wants to be accountable for enforcing.  This is a multi-million-pound Industry, funded by Consumers who have no redress when things go wrong, other than legal, expensive, and daunting routes. There is a need for an Ombudsman who would really hold this industry to account and bring it into the 21st Century and in line with the many other big money Industries that are held accountable for their actions.

What result would you like to see happen regarding Kingfisher Caravan Park?

I think the Council should maybe now be debating how they can make good a very expensive fight they have instigated. Not only have those protesting had to endure the frustrations and the need to make a stand on this. They have been made to feel worthless along with their caravans, which have been so lovingly looked after and cared for. Let’s also not forget those who have already had to leave the Park because of the Councils stance…leaving behind them the stark reality of the now empty and currently worthless pitches.

Stuart Allen who has been leading the fight over the new rules at Kingfisher Caravan Park has given the council until midnight on Thursday, September 30, to respond to the group’s requests for further meetings, otherwise court papers will be submitted.

Mr Allen will not rest until the council sees sense and comes to a proper conclusion to the problem. Many local businesses are back the Kingfisher Caravan Park owners and want the council to do the right thing.

Met Office Says Skegness and Lincoln to be hotter than Portugal

The Cheapest Petrol Prices In Skegness

Wilko To Allow Pets Into Their Stores

Ingoldmells Beach Up For Sale