Search for an article 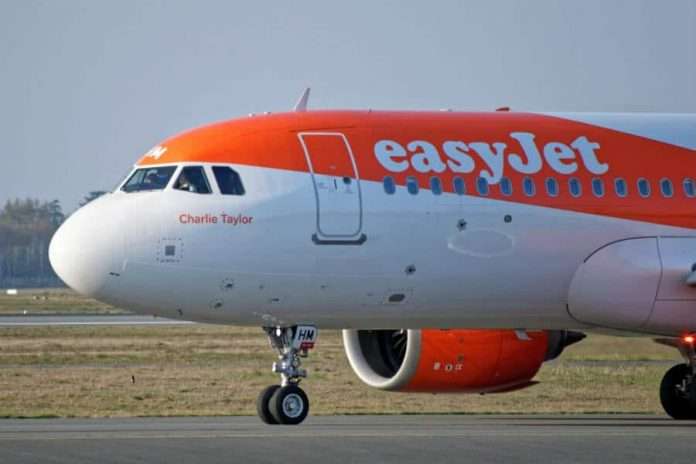 An EasyJet flight from Crete was forced to make an emergency landing at Edinburgh Airport after it was reported that the captain fell ill on approach to the airport and was forced to use the toilet.

The four-and-a-half-hour flight from Heraklion, Crete had to be landed by the first officer in the early hours of Sunday morning after he altered Edinburgh control tower of the emergency.

Passengers on flight EZY6938 reported seeing the captain head to the toilets on approach to the airport. They had been told over the tannoy system that the captain had been taken ill.

According to reports, the captain and the first officer had been on duty for more than 13 hours due to delays.

As the EasyJet was approaching Edinburgh Airport, five fire engines and two ambulances were waiting for the plane to land. The Captain was treated by paramedics.

EasyJet has not yet made any comment on what was wrong with the Captain.

One passenger told The Daily Record: ‘The captain had been seen going into the toilet and not coming out.

‘The very young-looking co-pilot announced on the tannoy that the emergency response was due to the captain taking ill.

‘It is unknown if the captain returned to cockpit for landing, but he was not seen to do so.’

The Stamford Street With The Most Parking Fines Revealed

Long Ashton fire LIVE: Traffic on A370 in Bristol after van blaze

Residents reported an 'epidemic' of violent car break-ins in the area, which they said...
Skegness News

A new report from The Times has named Mablethorpe Beach as the third best beach in the East Of England, beating Skegness   Mablethorpe tourism has...

Lincolnshire Police are asking for help to find a missing Louth Man who has...
Market Rasen News

Man Reportedly Exposed Himself To Teenagers

Lincolnshire Police want help identifying a man who reportedly exposed himself to a group...
News

Boris Johnson has once again shocked people by claiming there is no point in...
Lincoln News

Boris Johnson's latest plan to stop parents from taking children out of school during...
News

Robbie Williams is outpricing real fans from his concerts according to some fans   Since news...
Skegness News

Each year millions of people visit Skegness. Many of them stay at caravan parks...
Skegness News

Man Who Drove At Pedestrians In Skegness Admits Manslaughter

A man who appeared at Lincoln Crown Court has admitted manslaughter on the ground...
Skegness News

Lincolnshire Police have arrested a 58-year-old man after a Skegness street was forced to...
Skegness News

Rail Users Warned To Be Prepared For Strike Action

Northern Trains has warned its customers to avoid using their services between June 21...
Airline News

There could be more misery for those travelling to Spain this summer with threats...
IN2TOWN TODAY NEWS

24HR News From In2Town Today News. We cover all UK News from sport news, politics, consumer news, travel news, and celebrity news. If you have any UK news to share then do get in touch.