“It’s brought everyone together”: Stockport County fans hail their heroes after promotion back to Football League

Revealed: The Best National Parks in the UK

With Brexit just around the corner more people are now considering taking their yearly holiday in the UK, and with the amazing national parks in the UK, why wouldn’t you want to stay in the UK for a great holiday.

The UK has some amazing hidden treasures that need shouting about, but I think the National Parks in The UK should be shouted the loudest.

If you have never been to a UK national park then you are seriously missing out. These types of holidays are great for all the family and will allow children to put away their mobile devices and explore the outdoors and have real fun.

We have looked at 15 stunning UK national parks. Each one has its own unique landscapes, wildlife and history, it can be hard to choose which one to visit, so Snaptrip has come to the rescue with its top six.

An area of utter contrasts, you can take in dramatic heather moorland hills and rock edges in the north, and limestone dales and rivers in the south. With nearly 200 square miles of open access land and 34 miles of trails, this national park is perfect for those looking for a more active holiday whether that’s by bike, horseback or on foot.

If you’re a nature lover you should travel to the Cairngorms in North East Scotland, Britain’s largest National Park. Containing both the highest mountain range and largest native forest, this park is one of the last strongholds for British wildlife. On your daytime walk you could spot red squirrels darting through the forests, mountain hares bounding up the mountain range or golden eagles soaring overhead, a bird that over one quarter (26%) of the UK is desperate to see1. You can also immerse yourself in Scottish heritage with a spot of whisky tasting at one of the world famous distilleries after a long day of wildlife watching.

Are you looking for a park that the whole family can enjoy? The Pembrokeshire Coast in Wales has something for everyone. With 186 miles of perfectly preserved coastline there’s swathes of golden sand for kids and pets alike to play on, as well as a host of coastal wildlife to spot. The park also offers a multitude of castles, Castell Henllys Iron Age village and authentic towns to explore. 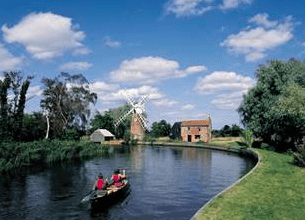 The only national park that’s completely man-made, The Broads was formed by the flooding of old peat diggings. The largest protected wetland in Britain, its home to over a quarter of our rarest wildlife. While it might feel like you’re on another planet when you’re floating down the seven rivers and 60 broads, you’re never far from civilisation; the River Wensum runs right into the city of Norwich which is just two hours from London. 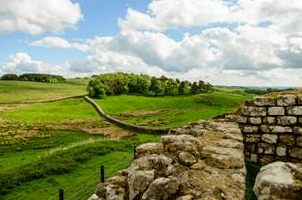 f you’re looking for an out of this world experience, head to Northumberland to take in the largest area of protected night sky in Europe. On a clear night you can see the Northern Lights, the Milky Way and even the Andromeda Galaxy all with the naked eye. For an even more breath-taking experience, take a trip to the Kielder Observatory but make sure to book in advance. This national park is also perfect for history enthusiasts with Hadrian’s Wall, the frontier of Roman Britain and a World Heritage Site, snaking its way across the landscape.

Despite having the UK’s second most unrecognisable national park logo, this picturesque and tranquil national park is famous all over the world. With its dramatic landscapes, quaint coastal fishing villages and vibrant history, the North Yorkshire Moors is renowned for having inspired many literary greats. Follow in the footsteps of Bram Stoker, William Wordsworth and Lewis Carroll to find out what is so inspiring about this national park. The Moors can also boast to having ‘the finest view in England’ which can be taken in if you’re brave enough to tackle the 25% gradient of Sutton Bank.

Doing the Everest Base Camp Trek on a Backpacker’s Budget

The Best Things To Do In Santo Domingo

Things to Do in the Dominican Republic

“It’s brought everyone together”: Stockport County fans hail their heroes after promotion back to Football League

ITV Beat the Chasers: Who is The Supernerd Issa Schultz and where is The Governess Anne Hegerty?

Met Office Says Skegness and Lincoln to be hotter than Portugal