Rodes talks about his music in his latest interview

Many years back, the world of Hip hop gave birth to this vocal delivery of rhythm and rhymes called rap. And now it’s gone on for many years producing top lyricists who can get you high on their words. Same lyrical quality does Rodes exhibit as he pours out his heart on his new jam.

What’s so special about this guy? His lyrics are deliberate and real. While some rappers would strife hard to challenge for awards. Rodes seems to have his focus on a different cause. Perhaps he’ll go on to be a force to reckon with low-key as he follows the footsteps of many great emcees from his hometown, Chicago.

He might not be a world-renowned rapper but he works hard and he spits real.  Since he started stringing words together in 1994. Rodes has gone on to release top notch tracks as The Edge, Kicking Back and Tanite among others.

When Rodes grabs the mic, you listen, and you know he has intent. And that’s one thing that sets his kind apart from the majority. This fresh “Neva Mind” track is nothing short of the meaningful lyrics for which Rodes is known. 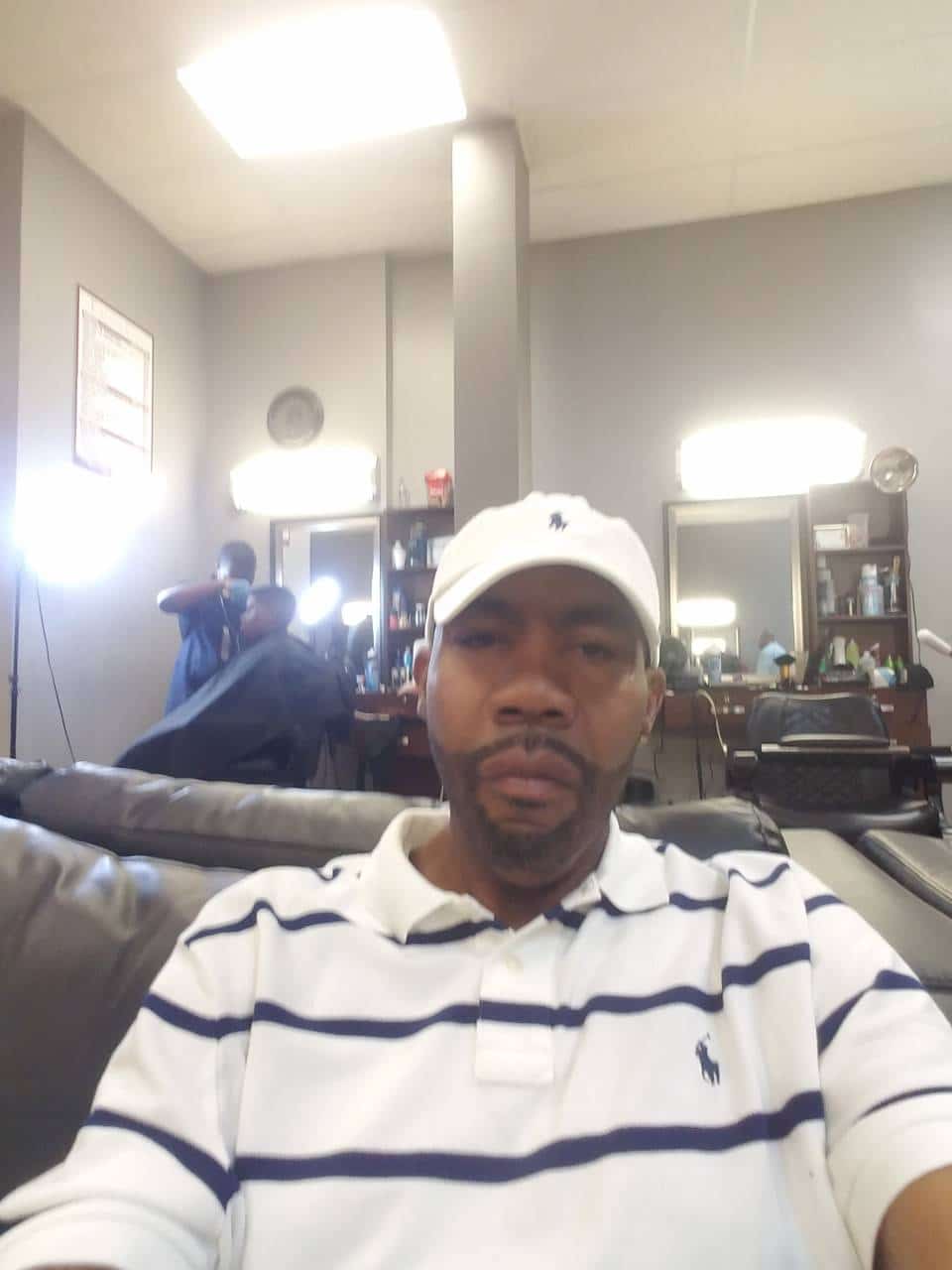 Rodes goes solo on this track. Nevertheless, he runs through his lines smoothly, shedding his lyrical light on relatable matters in the society. He is clear as ever, no slurring of words.

In this brief bar-stacked track, his sharp lyrics cut through issues like the hustle for money, representing amidst challenges and the onlookers running their mouth while a nigga’s doing shit. You never get enough of all these, and to hear Rodes go on about these things goes a long way to say that “you’re not alone in this struggle”.

The hardcore hip hop instrumentals have that repeated bounce that makes the song pop. And he skillfully drops it hot on every beat of the track. Neva mind proves beyond doubt that Rodes is a man on a mission, and you should check this track out, its available on all streaming platforms.

Henny Hunt gives listeners a view into Rodes’ mind with messages of struggles and triumphs from his world living in Chicago. This talented artist keeps the spirit alive to showcase songs that will get the crowd moving. Fans of classic rappers and new school hip-hop artists alike will enjoy the diverse appeal of Rodes’ tracks and his featured guests on this album. This seven-track record is enjoyable from its catchy intro through the last song with substance and style spread throughout the album. Henny Hunt is available on all platforms after August 18, 2020 to play loud on your speakers or through your earbuds. 10/10! 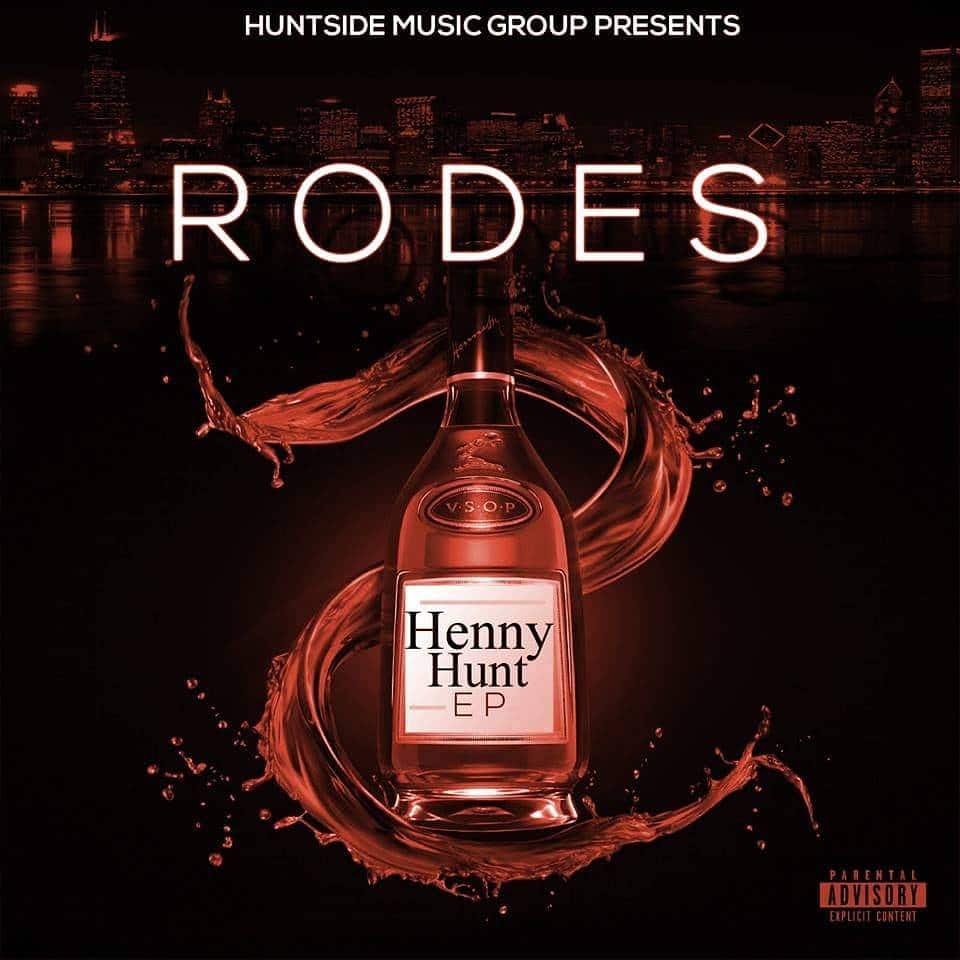 Tell me about your musical journey. How did you become Rodes? I’ve aIways been a fan of music. I purchased a album and I was very disappointed. I said I can do better than this. So, I did.

What age were you when you starting singing, and when did you put your foot in the Hip Hop scene? I started rapping in 1994. I put my foot forward in 1998

What age were you when you thought I could make a career out of this? I was 26.

Before you launched your career as a successful Hip Hop artist, what was your first job, and what is the worst job you have done? My first job I was a math tutor. My worst job was unloading trucks for a refrigerator company.

When you were growing up, who were your biggest musical influences? Jackson 5 and New Edition

Don’t be embarrassed now, what was the first album you bought? New Edition All for Love. Lol!!

Why did you decide to go down the Hip Hop route and not the pop scene? 1. I can’t sing, 2 rap is so versatile. All of the elements that it represented I knew I could be a part of.

You have a new single out, can you tell me more about it? It’s called Nevamind produced by Bootleg Da Producer. I recorded it at Ground Zero studios and its hotter than Fish grease. It’s available on all streaming platforms.

When did you write the track? I actually wrote while I was recovering from stage for Cancer. I had a lot of emotion built up inside of me. I just vented a little bit.

Your new track has received a lot of positive reviews, do you write for your fans, or do you write what is on your mind? I write from the heart. I try to put bits and pieces out there for everyone to gravitate to.

If you could choose any artist in the world to collaborate with, who would it be and why? Nas, to test my pen and see what the finish product would be.

So, you don’t fancy getting together with Beyonce? No maybe Adelle.

What is your opinion of American Idol, do you think it is relevant, and do you think they need to have more Hip Hop singers on instead of focusing on country and pop? It’s good because the artist participating will have an automatic fanbase and other opportunities. Unfortunately, it’s not geared towards Hip-Hop.

If you were not a musician, what would you be? A Realtor or Barber.

The Covid-19 pandemic and lockdown has affected many artists, how has it affected you? It’s hindered the ability to do shows, move around, and Tour. These are the times to be performing in front of your audience.

When can your fans expect to see you perform live? After the whole Covid thing is over with. I may rent out a venue and do a show. I’ll make the livestream available.

Hailing from the city of DJ Screw, Tyme was raised in the Southwest side of Houston, Texas where he has already set the bar...

For Composer Derrick Spiva, Music is all About Embracing Life

New Movies and TV Shows Will Stream on Netflix, Amazon and Hulu this Fall