Jallianwala Bagh massacre occurred in 1919 but the scars still remain. There are many movies made on this subject to pay tribute to the martyrs. Midnight’s Children movie released in 2013 based on Salman Rushdie’s novel has an entire chapter based on the tragedy and there are many others too which will bring tears to eyes of audiences.

This time however an entirely refreshing subject plot on this topic will showcase the magnanimous effort of a lawyer activist Chettur Sankaran Nair a hardcore constitutionalist  to bring British action under the scanner. It won’t be exaggeration to say that he is the only Indian to challenge British legally in their own turf in their style.

Titled “The Untold Story of C Sankaran Nair”, the film is all set to hit silver screen  which is  inspired from real life events and adapted from the book “The Case That Shook the Empire”, written by Raghu Palat, (great-grandson of  C.Sankaran Nair) and his wife Pushpa Palat. Recently Karan Johar’s Dharma Productions has announced this  film on the life of C. Sankaran Nair. The movie, to be directed by Karan Singh Tyagi, will unravel the legendary courtroom battle that Sankaran Nair fought against the British Raj to uncover the truth about the Jallianwala Bagh massacre.

What inspired you to write book on ChetturSankaran Nair ?

We had gone on a visit to Amritsar in March 2017. While there we visited the JallianwalaBagh Museum. While going through the Museum Pushpa saw a plaque commemorating Sir Sankaran Nair. Surprised, delighted and excited she showed Raghu the plaque.

It was then that Raghu decided to do a little research about his great grandfather who had been honoured in Punjab. It was meant to be just a short article about Sir Nair.
On reading the piece Pushpa felt that Sir Nair deserved more than a 800 word story.
That’s how we began writing the book.

Coincidentally it was published in the centenary year of the JallianwalaBagh massacre- a horrific massacre that because of Nair received global coverage. And this at a time when any form of communication was slow and cumbersome

What is that one thing you find catchy about CS Nair personality which is relevant even at contemporary context? How you think it will help youth of today ?

Definitely his strict adherence to his principles. It couldn’t have been easy to resign from the Viceroy’s Executive Council. He did so because he felt he could not be a part of a government that could condone the atrocities of the Jallianwala massacre.

It took guts to fight the British on their own turf with a biased Judge presiding and an all English jury.

It took self-sacrifice to use up all his savings on a court trial in the U.K.It is important that the youth of today uphold high principles and be unafraid to reveal the truth

Any challenges (for research) you faced while writing this book ,?

It took around eight months to complete this book .It was important that we state the facts correctly. Hence our research had to be extensive. We wished to present the story impartially. We read several books like Michael O’Dwyer’s“India as I knew it” to get the British viewpoint and have presented these  views in the book. We read the Hunter Commission Report to understand what actually happened and several articles to present the Indian viewpoint. The atrocities were hard to write about as the torture brought tears to our eyes.
With some difficulty we were able to access the press reports about the trial. These were daily reports from the Hindu, London Times and other international newspapers and were invaluable.

In Bollywood movie on prominent Keralite political (influential) figure is not much visible, what could be the reason?

We feel that our history books have completely left out any contribution of persons from Kerala. So much so that even Malayalees are largely unaware of these people and the contributions they made. We feel it is high time leaders of that time are acknowledged not just at single museums but in the minds and hearts of all Indians.

We hope we have started a trend for others to write about individuals who have contributed to our nation. Once there are more stories then they will be more movies about these people. Everyone loves a good story and when it’s a real life story it becomes even more interesting. 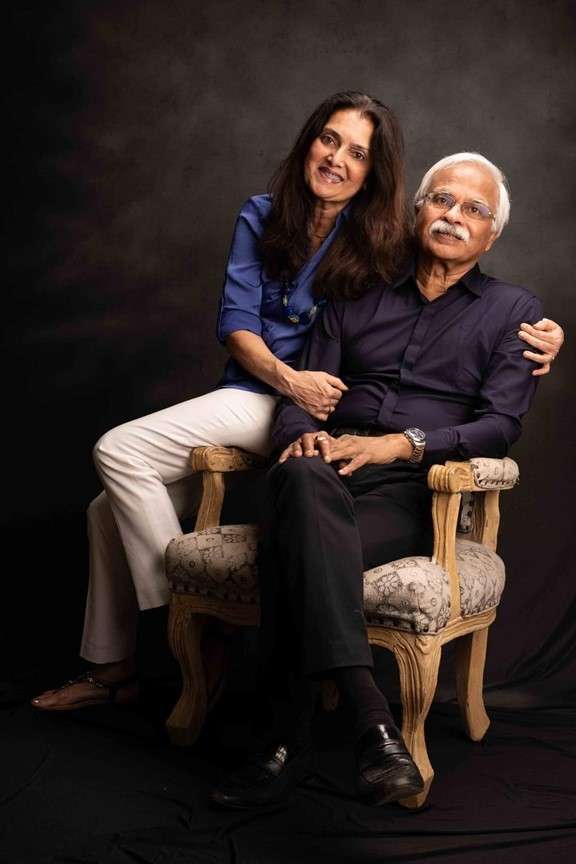 Exactly when you thought that a movie should be made on CS Nair and why ?

We did not. It was our daughter Divya and our son in law Aditya who envisioned it as a movie. They are the ones who must be credited with the book being made into a movie.

Selling your home in Sussex? These five garden plants could devalue your property

Video shows water spraying onto A286 near Chichester

Sussex travel: Your morning update for Sunday, May 22

Sussex travel: Your evening update for Saturday, May 21

Your Sussex weekend weather forecast for May 21 and May 22

Hand in your unwanted guns in Sussex: only one week left of the National Firearms Surrender

Sussex travel: Your morning update for Saturday, May 21