Boris Johnson celebrated like a little child scoring their first goal when he announced he had struck a Brexit deal with the EU. In reality, it wasn’t a great deal, it wasn’t even a good deal, it was just a deal that will leave the rest of us counting the cost for many years while the bumbling Prime Minister counts his millions.

The bumbling Prime Minister proved yet again that he is not fit for the top job of looking after the people of the UK. He has done as much good with the Brexit deal as he has with the COVID19 pandemic. Let’s face it, a Prime Minister who gave a lockdown speech that left people even more confused was bound to make a mess of the Brexit deal.

Do you remember that speech that left us all scratching our heads? 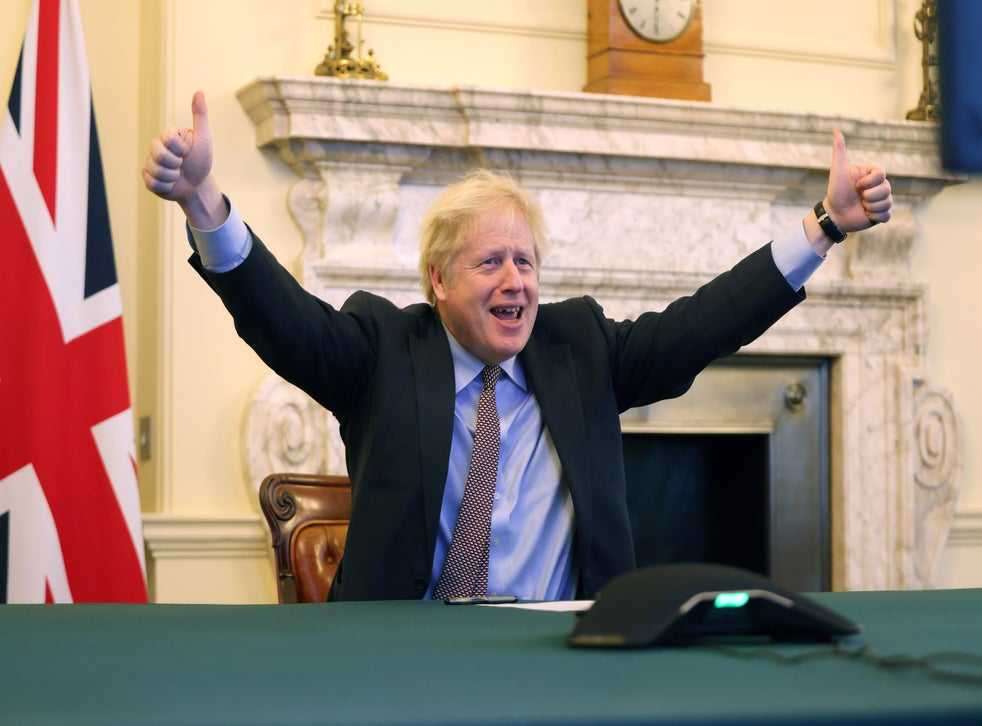 Boris Johnson who promised leaving the EU would be good for us all and will make the UK a strong company was a complete joke, nearly as bad a joke as his hairstyle. He said he would fight for the UK Fishing Industry and would rejuvenate it, but instead the Prime Minister who could not organise a piss up in a brewery threw the fishing industry to the wolves.

The bumbling Prime Minister’s new trade deal leaves trawlers ‘still tied to the EU’s apron strings. Instead of bringing our fishing industry to life, he has handed over the keys to our waters and fish to the EU.

In 1970 a deal was struck that killed off the UK fishing industry. The deal was to give all EU fishing fleet equal access to European waters. The fishing industry believed Boris when he said he would fight for them, but again like the day after he was voted Prime Minister, he betrayed people.

All those fishermen who believed Boris hoped their industry was going to bloom and would create jobs for their children, but they were shocked with the broken promises. The deal basically means that the fishing industry is no better off than they were before the deal.

Brown nose Cabinet Office minister, Michael Gove, said the agreement the UK had struck with the EU was the “best possible deal” for the fishing industry as a whole. When Michael Gove gets kicked out of his cushy job, he should become a comedian.

The NFFO said that for now the UK’s share of some stocks was only increasing slightly – 10% to 20% for Celtic Sea haddock, for example, while North Sea saithe (coley) was rising from 23% to 26%. It is no wonder the fishing industry isn’t celebrating.

Scotland’s first minister, Nicola Sturgeon, also complained about broken promises. She said promises made by the bumbling Boris Johnson to her country’s fishing sector had been broken.

In reality, the hardworking men and women who work in the fishing industry face immediate hardship and long-lasting damage under the new Brexit deal. So, well done Boris Johnson, what are you going to do for your next trick?

ASDA and Tesco Home Delivery Charges Should Be Scrapped

The Best Stargazing Spots In The UK

Army Veteran Chronicles His Journey To Recovery In The Addiction Manifesto